Nowadays, Ukiyo-e, a genre of Japanese art painting, is very popular even abroad.

Some foreign museums own masterpieces of Ukiyo-e, which is regarded as “national treasure class”.

You may would like know about Ukiyo-e, which gets foreigner’s attraction. 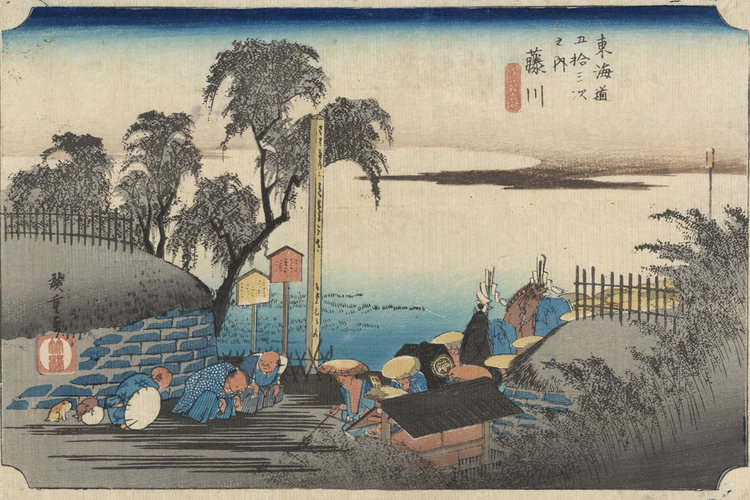 Above all, what is Ukiyo-e?

You may have some images, but not details about them.

In the Edo period(1603-1867), when “Ukiyo (憂世: the world with worries)” with several wars ended, the new idea “Ukiyo (浮世:literally, floating world)” appeared to enjoy this world.

And “e” means “picture” in Japanese.

Therefore, pictures portraying the real world were called “Ukiyo-e” and a wide range of themes were painted.

Ukiyo-e with a Wide range of Themes

Thus, Ukiyo-e portrays various thinks in this world regardless of genres.

*Hanpon: a printed book by woodblock to differentiate from “Shahon (handwritten copy)”
Since “Illustration inserts” and “Ichimaie” were created by woodblock printing, those could be mass-produced.

On the other hand, “Nikuhitsu Ukiyo-e” is a single piece of work drawn by “Eshi”meaning painters.

Among these, Ichimaie was the most flourished.

Over time, the techniques have been drastically improved (see the details on the following “History of Ukiyo-e”) and by mass production, it became available to ordinary people at the price of a few hundred yen at the current value, which was cheaper than a bowl of Soba noodle at that time, and it spread among ordinary people.

On the other hand, Nikuhitsu Ukiyo-e was very expensive and was basically created by an order from the wealthy people.

How to Create Ukiyo-e (Nishiki-e)

From the word “E (painting)”, some of you have the image that Eshi painter focuses on working on it alone, but Ukiyo-e were created by dividing the work.

Here, let’s see the working process of “Nishiki-e”, which is multiple-colored printing Ukiyo-e.

People working on the Production of Ukiyo-e

First of all, Hanmoto, a producer of Ukiyo-e, plans a project and collects funds.

Ukiyo-e was not a product which anyone can create and sell.

Hanmoto saw the trends of the world and ordered a draft to Eshi (painter).

Eshi created a final sketch called “Hanshita-e” and passed it to Hanmoto.

This is because Hanshita-e was required to be censored by the shogunate as well as confirmation by Hanmoto.

With permission by the shogunate, Hanshita-e received the stamp of “Aratame-in”.

When there is any missing on a draft sketch, Horishi adjusts it.

After finishing carving, Sumizuri (printing using only black ink) was conducted on the woodblock.

After Eshi receives this Kyogozuri, Eshi designates colors for each sheet* by red ink.

This process is called “Iro-sashi”.

*Each sheet: Kyogozuri is printed on around ten sheets of paper.

With the presence of Eshi, Nishiki-e is printed.

Beginning with Sumihan, printing is processed to Irohan in the order of the depth of colors.

Then, Hanmoto is in charge of promoting and selling of the finished Nishiki-e.

“Kento”, the Word came from Ukiyo-e

There is a word came from Ukiyo-e culture.

For creating Ukiyo-e, “Kento” refers to a mark which is carved on Kyogozuri.

As explained earlier, Ukiyo-e is printed with multiple woodblocks.

It has to be printed without any positional displacement.

That is why “Kento” is carved to prevent positional displacement.

The Image of Kento 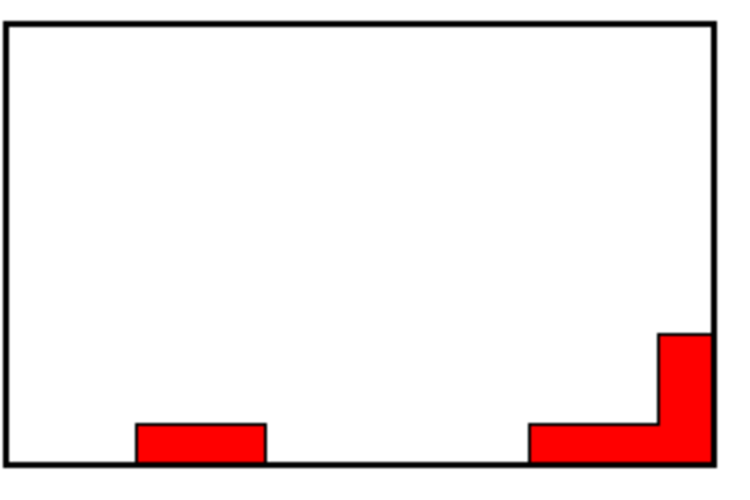 Kento is carved on 2 positions.

The lower right was called “Kagi Kento” and the lower left “Hikitsuke Kento”.

Adjusting a paper on these two positions makes printing right on the color position.

Now, you may have rough ideas about Ukiyo-e.

Let’s move to the history of Ukiyo-e.

It is said that the founder of Ukiyo-e was Moronobu Hishikawa.

At that time, Ukiyo-e was printed only in black ink.

Therefore, it was called “Sumizuri-e”.

Ukiyo-e began to have colors around the year of 1688.

Many colored Ukiyo-e appeared such as “Tan-e”, Sumizuri-e painted by brush, “Beni-e”, painted with red made from safflower, and “Urushi-e”, polished at a black part.

However, these pictures were colored each by each, and the coloring techniques had not been established to mass-produce.

Thus, Sumizuri-e could be mass-produced, but colored Ukiyo-e was manually created.

It must be good to have colored Ukiyo-e by mass-production like Sumizuri-e.

Then, the technique of printing colors over Sumizuri-e with woodblocks for each color was developed around 1744.

It left out manual painting, but still the number of colors to use was only a few.

This is because the technique to use many colors had not been established and it did not use paper strong enough to multiple printing.

Appearance of “Nishiki-e” with More Colors

Around 1765, “Nishiki-e” appeared, which was printed in many colors.

It began from the work by Harunobu Suzuki.

It was created by the order from the Hatamoto (samurai banner-men) Okubo Jinshiro Tadanobu, and was Ichimaie with many colors produced by state-of-the-art techniques at that time.

Under that trend, Hanmoto began to sell it as “Azuma Nishiki-e” and gained great success, which spread the name of “Nishiki-e” as the technique of full color printing.

Thus, the time of Nishiki-e arrived and various masterpieces were created to be known even today.

Nowadays, Ukiyo-e is popular abroad, but it attracted many people’s attention by a strange coincidence.

In 1856, the picture of Hokusai Katsushika was sent to Paris, France as cushioning for potteries.

It was Felix Bracquemond, the print artist, who found the picture by accident.

It is said that he was shocked with the picture by Hokusai and talked about it to his friends, Manet* and Degas*.

Later, in 1867, Ukiyo-e was exhibited at the Paris Exposition, which created the Japonism Boom. 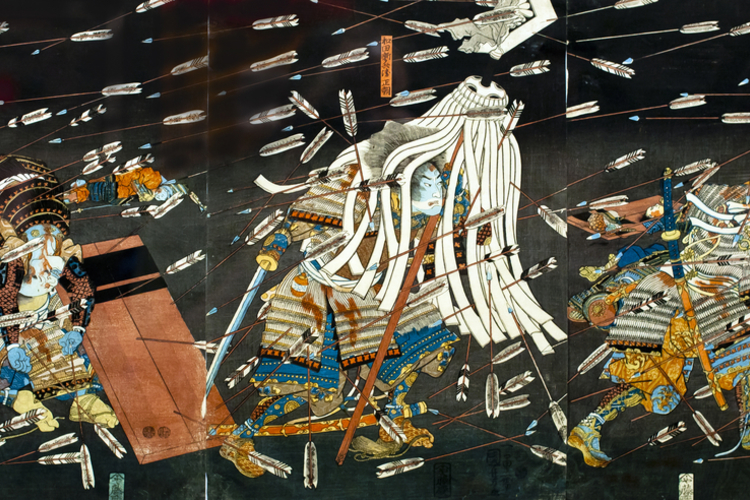 Now, let’s see the successful Ukiyo-e artists in those days.

There are many famous Ukiyo-e artists who created masterpieces, but here is 4 world-famous artists among them.

His representative works are “Kansei San Bijin (Three Beauties of the Present Day)”, “Woman Playing a Poppin”, “Fujin Sogaku Jittai (Ten Physiognomies of Women)” and so on.

The works of Utamaro was very popular and had influences on the later Bijin-ga.

Utamaro was the first to use this technique to Bijin-ga (beautiful women).

In the later life, Utamaro presented “ Taiko Gosai Rakuto Yukan no zu (A View of the Pleasures of the Taiko and His Five Wives at Rakuto)” describing Hideyoshi Toyotomi viewing cherry blossoms.

However, this work violated the shogunate law and got arrested.

Then, Utamaro was imprisoned with hand chain and passed away with disappointment.

Ukiyo-e portraying a man with a searching look turning to the right and spreading both hands.

It is very famous story but, do you know that Toshusai Sharaku was the Ukiyo-e artist with the full of mysteries?

He was active only for 10 months.

It is widely accepted that Sharaku was a noh actor working for the Hachisuka family in the Awa Tokushima Domain, but there has been found no proof for it.

At that time, the works of Sharaku was not that popular, but, later, it gained the fame from abroad.

Over time, his works became popular and built its unchanged status.

Hokusai is the only person named in Life Magazine’s 1999 “The 100 Most Important Events and People of the Past 1000 Years”.

Hokusai started painting at the age of 19 and devoted his life as a painter.

The famous “Fugaku Sanjurokkei” was the series presented after he turned 70.

He worked on improving his skills and was active throughout the life until he passed away at 90.

It is said that Hokusai made great influences on European impressionism as you see the episode that Gogh wrote to his brother to praise his representative work “Kanagawa-oki Namiura (The Great Wave off Kanagawa)” highly, which is one of the most popular work among “Fugaku Sanjurokkei”.

“Tokaido Goju-san-tsugi (The Fifty-three Stations of the Tokaido”, introduced in history textbook in Japan, gained huge success, which made him a master of Meisho-e.

Originally, a landscape was drawn only as the background of Bijin-ga.

However, after the big hits by Hiroshige and Hokusai, a landscape painting became the major genre among Ukiyo-e.

Where to See and Buy

Here is the list of art museums which own Ukiyo-e.

Ukiyo-e is available to buy online.

The following is the list of shops where you can buy Ukiyo-e around a few to ten thousand yen.

We hope you get some ideas about the basics of Ukiyo-e.

Ukiyo-e was born from the trend to enjoy this world.

With the improvement of techniques, it has gained popularity and many popular Ukiyo-e artists appeared.

Their works have attracted people not only in those days, but also today and world-wide.

Why don’t you deepen your knowledge and understanding about Ukiyo-e to enjoy its world? 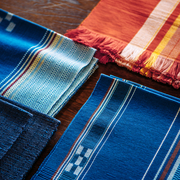 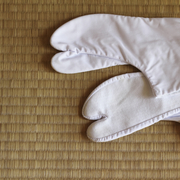 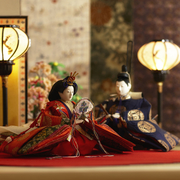 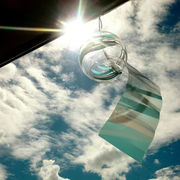 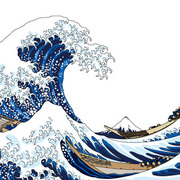 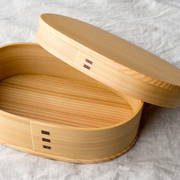 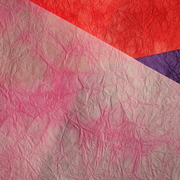 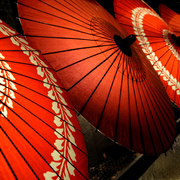 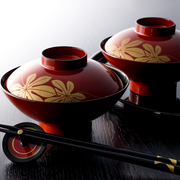 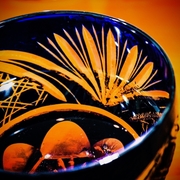 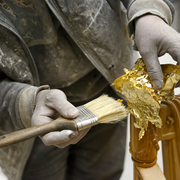 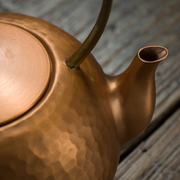 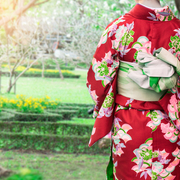 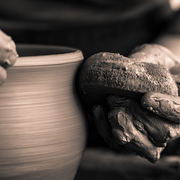 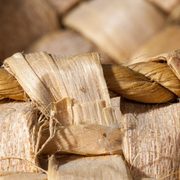 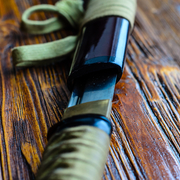