Okinawa prefecture was an independent country, and was called “Ryukyu.”

During which, the Ryukyu Kingdom had a close relationship with China. When “Saposhi”, envoys from China, visited the Kingdom, the King of Ryukyu held a welcome party at Shuri Castle where he resided, and Ryukyu dance, Kumiodori (classical song and dance drama), and Ryukyu classical music were performed, according to the local reports of Ryukyu named “Chuzandenshinroku.”

“Sanshin” is derived from “Sangen”, a Chinese musical instrument, and in Amami Oshima Island, it is called “Jamisen.” In the mainland of Japan, the sanshin evolved into “Shamisen”, which is presently widely known.

A Sanshin is a three stringed instrument, whose strings are mainly made from Nylon, and the color is normally white.

Traditionally, a snakeskin is used for the body of the instrument, however, nowadays it is imported from Indonesia.

The snakeskin is wrapped the body once or twice.

Depending on the usage of sanshin, an artificial skin is also used.

Okinawa, featuring high temperature and humidity, makes the maintenance harder, so that it costs \30,000 to\ 60,000 for re-covering the body of the musical instrument.

However, bear in mind that the sound differs with the skin type. Listen to the sound to ensure that the tone is your taste, before picking it up.

“Sao”, the neck of sanshin, is mainly prepared with “Ryukyu kokutan (ebony)”, however, cherry trees or distylium racemosum are sometimes used.

The sao is coated with lacquer which produce a gloss or a matt finish. You can choose what you like. 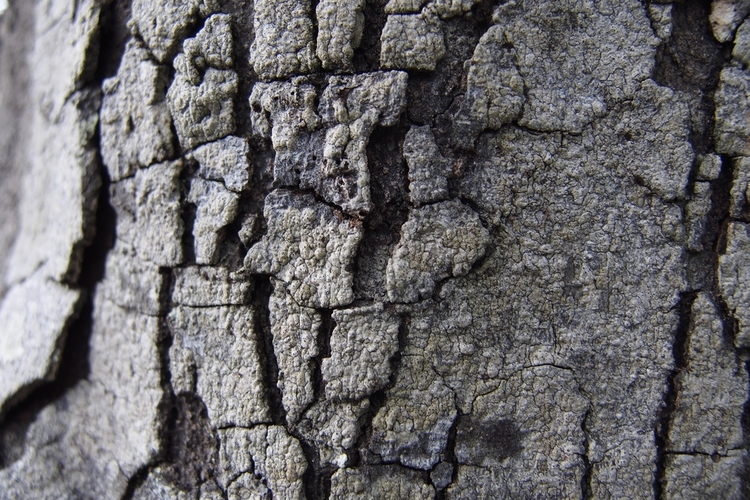 There are an abundance of designs and types that offer an enjoyable selection.

A “Bachi” (plectrum) is used to play the sanshin, which is made of a piece of shaved horn from a water buffalo or a bull.

The bachi with a sharp end creates a sharp tone, on the other hand, with a round end, the sound is softer.

When you play the sanshin, wrap a bachi around your right index finger, and hold it with the thumb and the middle finger.

Place the sanshin on your right lap, and stand a small wooden or bamboo bridge sitting on a top of the skin, known as uma. Then, hold up the edge of the sao with your left hand, and straighten the upper part of your body.

Play it by passing through the strings, coming to rest on the next string, rather than plucking or picking at the strings, as is done with certain other instruments.

A thin bachi resembling a bamboo spatula is used for Amami Jamisen, and a firm and spatula-shaped bachi is used for shamisen.

The technical skill slightly differs according to the bachi type. 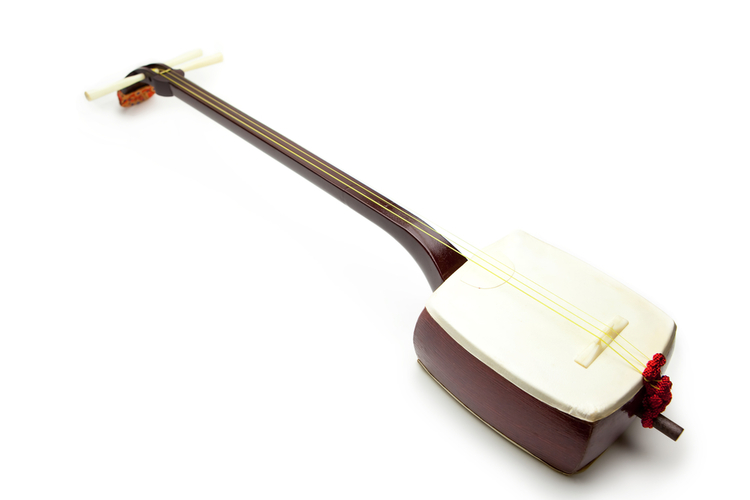 Sheet music for the sanshin is called “Kunkunshi.”

It was created based on “Kosekifu” which was used in China. Unlike European musical notation, it is written with a set of Kanji, which looks like code, so that it takes some time to get used to reading it.

Once you mastered the system, you will enjoy playing a variety of songs.

The most popular songs are the following:

The song is written in the Okinawa(Ryukyu) language.

Tinsagunu hana is translated as “The Balsam Flowers.”

It is a typical folk song for children, a didactic song, saying “Just as my fingernails are stained with the pigment from balsam flowers, My heart is painted with the teachings of my parents.”

Asadoya Yunta originated in Yaeyama district, which is located in the south of Okinawa Island, and was spread over the Island as a workers’ song.

Today, it is the most popular, or most widely-known Okinawan folk song in Japan, and is being used as BGM for the Okinawa urban monorail car.

Sanshin is passed down to Young people 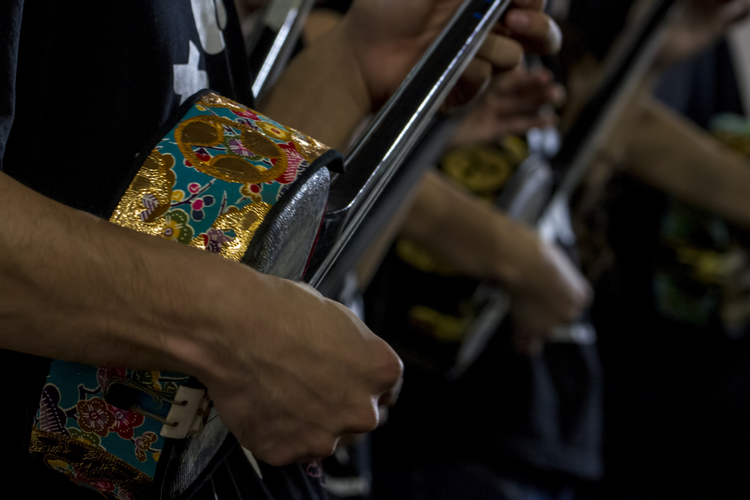 The sanshin population has been rapidly increasing recently, compared to that just after war.

A growing number of participants are seen at Ryukyu folk song competitions and Ryukyu classical music contests every year.

In Okinawa, Sanshin day falls on 4th March, on which, a radio station puts on sanshin music at the noon dot for the entire Island.

Okinawa Prefectural University of Arts provides a unique degree called Ryukyu performing arts, which is believed to be the only one in the world.

The students work hard day in and day out to improve their technique with the aim of being a professional performer for Ryukyu show business.

Many students in the classical music course learn sanshin as their special study.

Great singers, who are passionate about fostering successors, teach at the university, which enormously contributes to pass it down to the younger generation as a much valuable performing art as some professionals are designated as a living national treasure.

The National Okinawa Theater also nurtures successors such as performers and musicians for "Kumiodori," and has provided the 5th training course with three years duration, on which, the trainees spend four days a week to explore Ryuku performing arts.

It could be a good idea that we have something unchanged and keep it as it is.

Sanshin is going to be inherited to younger generations with the help of great masters or performers.

The Okinawa music is expected to be a bridge between Japan and the world. 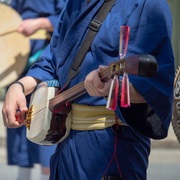 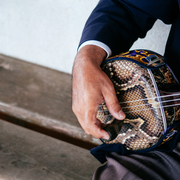 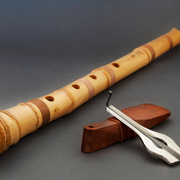