Charm of The World of “Maiko”, one and only in Kyoto. The professional of art!

The term “Maiko” refers to a woman who entertains guests with singing and dancing in Kyoto.

The word “Maiko” usually reminds us of a woman walking on the street in Kyoto with a beautiful Kimono.

Indeed, “Maiko” specifies its location to Kyoto, and has different names in other places.

The hard work is hidden from their elegant and calm appearances, but Maiko live with the sense of accomplishment for what they do.

Let’s walk through charm of Maiko!

You can’t help shooting a respect look at them. 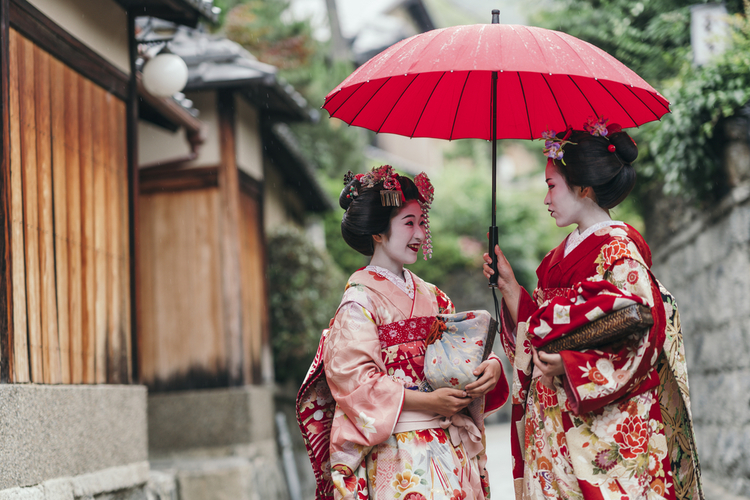 As I previously mentioned, the term “Maiko” refers to a woman who entertains guests with singing and dancing in Kyoto.

A certain period of training is required to be Geiko/Geigi, which mean women providing professional entertainment at banquet, and Maiko is, in other words, an apprentice of Geiko.

Generally, after the training as Maiko during the age of junior high school graduates and around 20, they would promote to Geiko.

There are a few Maiko who choose not to be Geiko, but to end the career.

All Maiko start from entering “Okiya”, where provides all necessities of life and works as the agent for Maiko and Geiko.

While Okiya prepares for expensive kimono, arranges banquets to attend as such, Maiko receive no payment.

They make out with an allowance.

It sounds like a cruel working environment, but Maiko is actually far too busy everyday to spend even their few allowances.

Maiko’s first priority is daily discipline to welcome and entertain guests to the utmost.

Next, I will explain the difference between “Maiko” and “Geisha”.

“Geisya” refers to a woman who entertains guests with performance other than Kyoto.

It is equivalent to “Geiko” in Kyoto and is different from Maiko.

▼ Point
Geisya = Geiko
* Maiko is an apprentice of “Geiko”.

And, what is the difference between “Maiko” and “Hangyoku”?

“Hangyoku” is an apprentice of Geisya in Kanto area, which is also called as “Osyaku” in some areas.

Although it has a different name, its role and position are actually the same as those of Maiko.

▼ Point
“Hangyoku”=”Maiko”
Both refer to an apprentice of Geiko (Geisya).

How to become Maiko? There are some steps to take to be Maiko.

Once you make your mind to be Maiko, you first contact the Okiya open for the new.

After sending a resume, having interviews and receiving an offer, you will be accepted as “Shikomi-san”, which refers to a trainee.

The criteria for Maiko differ from each Okiya, but the following is conventional.

- The age from junior high school graduates to around 20.
- Moderate appearance
- Having a good relationship with their own parents
- Strong sprits

It does not matter where you are from to be Maiko.

You can have an opportunity wherever you live.

However, you will not be accepted to join Okiya to run away from the bad relationship with parents.

You’ll never be able to join under the circumstances, so you need to persuade your parents of your decision to be Maiko before applying.

Once you are accepted, your life as “Shikomi-san” starts at Okiya.

The period as Shikomi-san may vary on individuals, but normally around 1 year.

Working under the senior, you will learn performing and traditional Kyoto dialect to be Maiko.

After the period of “Shikomi-san”, you will practice skills on site at Ochaya (Tea house for banquets) with senior Geiko as “Minarai”(apprentice) for a month or so.

The way of tying “Obi” during Minarai is called “Han-Darari”, which refers to the way to tie Obi half as long as Darari-Obi.

Generally, Kimono Obi is tied to show its pattern at the center of the back. On the other hand, for Maiko’s “Darari-Obi”, Obi is tied draping on the back to display the patter of Obi itself.

The look of draping is described as “Darari” in Japanese, which links to the name of “Darari-Obi”.

After Minarai, with approvals from the mistress of Okiya and the union, you can finally make your debut as Maiko.

The criteria to get approved as Maiko may have some influences by the dates, but mainly focuses on the attitudes towards trainings on dancing and singing, behaviors as Maiko, and those overall aspects.

One Day of Maiko 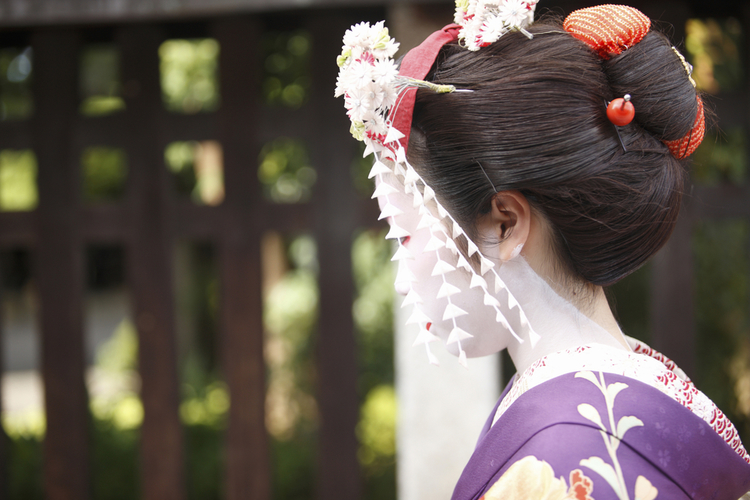 One day of Maiko starts early in the morning to end late at night.

8am in the morning, Maiko gets up and after breakfast goes straight to practice.

They learn dancing, singing, the tea ceremony manner, and playing traditional musical instruments, from the basics.

Timetable may differ from a performance to learn, but usually practices finish by noon.

They receive instructions from masters and mistresses, or they see and learn from the senior’s practice to revise their own skills…

Practice is the very nearest way to reach the professional.

After practice, Maiko returns to Okiya for lunch.

Normally they have lunch at Okiya, but sometimes eat out with fellow Maiko.

From lunchtime to Ozashiki (banquests), Maiko has some free time for their own.

Some may read a book, take a nap, clean a room, revise practices, as such various.

In the evening, Maiko starts preparations for a banquet.

Hairdressing and wearing white make-up and red lipsticks transform them to Maiko, which completes with getting dressed with Kimono by “Otokoshi”.

Finishing the make-up of Maiko takes around 1hour.

It may take longer until getting used to it.

Getting dressed with Kimono also needs around 1hour, which makes almost 2 hours to complete Maiko-looks.

After preparation, wearing “Okobo”, which is footwear with high soles, Maiko heads to Ochaya holding a banquet.

Maiko sometimes handle 2 to 3 banquets a night, not only 1, so they finish a day around 1am midnight.

Returning to Okiya, putting off Kimono and make-up, at last it’s time for Maiko to go to bed.

This is the daily routine of Maiko.

It must be a really hard work.

The Area you can see Maiko

You can see “Maiko” only in Kyoto.

Unfortunately, the number of Maiko has been reducing year by year.

On the other hand, “Geisya” can be found not only in Tokyo, but all over Japan.

In Tokyo, Shinbashi, Akasaka and Kagurazaka are well-known.

“Maiko” entertains a banquet in Hanamachi of Kyoto.

There are several conditions to be Maiko, and painstaking days with learning and training follow after getting accepted to be approved as Maiko.

That leads many of them to drop out.

The reasons why many are challenging to the strict Maiko world may lie on the sense of accomplishment as below.

Maiko can keep smiling despite continuous discipline and working until late at night.

That should be because of the pride as Maiko.

The culture of “Maiko” is one of the treasures for us to cherish. 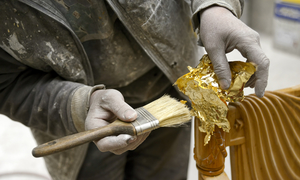 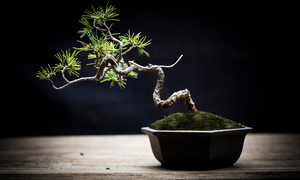